MSC stands for Missionarii Sacratissimi Cordis which is Latin for Missionaries of the Sacred Heart. MSC women and men believe that nothing is more important than the saving power of God’s love, as revealed in the compassionate Heart of Christ. Knowing that only God’s love can bring peace and reconciliation to the world, MSC women and men battle selfishness and indifference in our world through their charism of the Heart which impels them to be the Heart of God on earth. 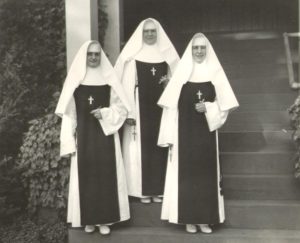 The founding of the Congregation and the charism of the Missionary Sisters of the Most Sacred Heart of Jesus is attributed to Fr. Hubert Linckens, MSC and to his spiritual mentor Fr. Julius Chevalier, MSC. Fr. Linckens’ deep love of the Sacred Heart, impressed upon him by Fr. Chevalier, instilled in him a strong desire to make this Heart known and loved everywhere. Such charism lead the MSC Fathers to mission in the South Pacific, and by 1 898, acting upon pleas for German Sisters in the Marshall Islands and New Britain, Fr. Linckens obtained all the necessary permissions to found the Congregation of Missionary Sisters of the Most Sacred Heart.

Assigned to the task of guiding and directing the foundation of this new congregation of Sisters was Sr. Servatia, a Sister of Divine Providence. Within one year’s time, Sr. Servatia, her companion Sr. Severine and 26 postulants dedicated their first convent in Hiltrup, Germany. In March of 1901, the first profession of temporary vows took place, and by 1902, a pioneer group of Missionary Sister of the Most Sacred Heart set sail for the Marshall Islands and New Britain. By 1904, 10 more Sisters had arrived in mission to the South Pacific. 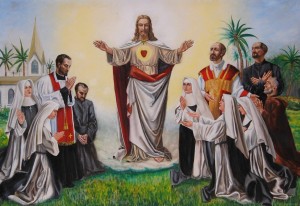 During 1904, two events indelibly marked the MSC Sisters’ Congregation; death and martyrdom. First, Sr. Servatia died and left the Sisters with the directive to “love one another tenderly.” Second, five young MSC Sisters, four MSC priests and brothers, and one Trappist died at the hands of angry natives in the Baining Mountains of New Britain. When Fr. Rascher repeatedly refused to condone the adultery of an influential man, the man gathered a band of natives and planned and executed the brutal massacre. The martyrdom of the five Sisters served to strengthen the young community’s resolve to be the Heart of God on earth. Volunteers quickly offered themselves as replacements, and in November of 1904, a relief expedition set out for the South Seas and the MSC Sisters continued to serve the people of New Britain. In fact, the number of MSC candidates swelled so dramatically following the martyrdom, that Fr. Linckens needed to find a new field for their missionary work.

In 1906 the MSC Sisters installed their first superior general, Sr. Franziska Fleige. Sr. Franziska and Fr. Linckens recognized the United States and its growing number of needy immigrants as a promising environment for missionary labor. On August 1, 1908, eight pioneering Sisters left for America and they first stepped foot on American soil on August 11, 1908. Fr. Linckens inspired the young Sisters saying: “This country is now your country, your homeland. Its people must become your people; its language, your language; its customs, your customs. Look ahead!” These eight MSC Sisters began their mission in the U.S. by teaching the children of Slovak immigrants who were working in the coal mines of Pennsylvania. 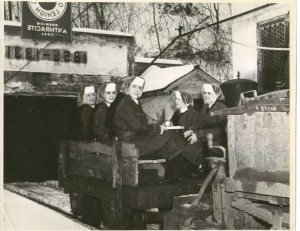 The MSC Sisters’ ministries quickly spread to other states where they opened hospitals, schools of nursing, orphanages, and schools. They taught catechism, earned doctoral degrees and served the poor. Today, MSC Sisters continue Christ’s mission through various types of service as needs arise. They do this through education, social services, hospice, healthcare, pastoral care, and elder care. Like their Founders, they believe that their “mission is not complete until the whole world has turned to Christ.”